The Sahaba Radiallahu anhum had many good qualities. Our elders have extracted six such qualities which if we bring into our lives, then to follow the rest of Deen will be easy.
The first quality was the quality of Iman. The kalima Lailaha Illallah Muhammadur Rasulullah, means that there is none worthy of worship but Allah and Muhammed Sallallahu alaihi wasallam is the messenger of Allah.
The Sahaba Radiallahu anhum strove in the path of Allah to strengthen their yaqeen that Allah Ta’ala does everything without the help of the creation, and the creation can do nothing without the help of Allah Ta’ala. They also strengthened their yaqeen that ONLY in following the life style of Nabi Karim Sallallahu alaihi wasallam will a person be successful. All other ways of life will bring failure to a person not only in this world but also in the grave and the hereafter.
This kalima is so valuable that if a person recites it 100 times a day, his face will shine like the 14th moon. A person who revives one sunnah of Nabi Sallallahu alaihi wasallam during the time of fitnah and fasad, will get the reward of 100 shaheeds. A shaheed is that person who fought in the path of Allah Ta’ala, and before his first drop of blood touches the ground, all his sins are forgiven.
To obtain the reality of this kalima, a person must daily invite towards this kalima and he must also make dua that Allah Ta’ala places the reality of this kalima into our hearts.
The second quality which the Sahaba possessed was the quality of salaah. The first and foremost thing ordained by Allah Ta’ala after Iman was salaah, and the first thing to be reckoned for on the day of Qiyamah will be salaah.
Salaah is a means by which a person comes closer to Allah Ta’ala, and also a means of taking from the treasures of Allah Ta’ala. Allah Ta’ala will grant a person in the habit of performing his salaah on time with concentration and devotion, five favours:
1. His rizq (sustenance) will be made easy.
2. He will be safe from the punishment of the grave.
3. He will receive his book of deeds in his right hand.
4. He will cross the bridge of siraat with the speed of lightning.
5. He will enter Jannah without any reckoning.
To acquire concentration in salaah, a person must perform long rakaats of nafl salaah.

It is obligatory on every male and female to acquire the basic knowledge of Deen. One should know what is halaal and what is haraam, and must be able to distinguish between right and wrong.
If a person who is ignorant and is in the process of learning Deen has to pass away, his status will be just one below the Ambiyaa Alaihimus Salaam. The angels spread their wings under the feet of a person seeking the knowledge of Deen. The animals in the jungle, the birds in the air and the fish in the sea make dua of forgiveness for him.
For the fazaail [virtues] one must participate in the taalim of the masjid and one must also make taalim at home. For the masaail we should ask the Ulama.
All the creation of Allah make the zikr of Allah. Man who is the best of creation must also make the zikr of Allah. The one who makes the zikr of Allah is like a living person and the one who does not make the zikr of Allah is like a dead person. Zikr creates the consciousness of Allah, that Allah is all- seeing and al- hearing. A person who remembers Allah after Fajr salaah and after Asr salaah is like a person who makes zikr of Allah all day long.
Make a habit of reciting the third kalima, durood shareef and istighfaar 100 times each after the Fajr and Asr salaah. Read a portion of the Quran and the duas on the relevant occasions.
A person who fulfills the need of a Muslim brother, Allah Ta’ala will grant him 73 rewards. 72 will be kept in the aakhirah, and with the one reward, Allah will fulfil all his needs of the world.
We must respect the elders and the Ulama and be kind to the youth. The best ikraam one can do for a person during the time of fitnah and fasaad is to guide him onto the right path.
For every act, one must check one’s intention, that it is only for the pleasure of Allah. A date given in the path of Allah for the pleasure of Allah will earn great rewards in the hereafter. On the other hand if a person gave a great sum of money for the sake of show, then he will be taken to task on the day of Qiyaamah. We must check our intentions in the beginning, in the middle and at the end of every act, thereafter make istighfaar for any shortcoming in our intentions.
The Sahaba Radiallahu anhum strove in the path of Allah Ta’ala to elevate the name of Allah. To uphold the Deen of Allah, they went through great difficulties. Some of them made their wives widows and their children orphans. There were days when some of the Sahaba had no food in their homes. During the battle of the trench, a Sahabi told Nabi Sallallahu alaihi wasallam that he was hungry for the past three days. He uncovered his stomach to show that he had a stone fastened on his stomach to keep his back upright. Nabi Sallallahu alaihi wasallam felt sorry and told him that he was also hungry for the last three or four days. Rasulullah Sallallahu alaihi wasallam showed him his stomach and told him to observe that he had two stones fastened on his belly.
Nabi Sallallahu alaihi wasallam and the Sahaba Radiallahu anhum watered the garden of Islam with their blood. Today our elders want us to sacrifice only a little of our sweat in the path of Allah. Alhamdulillah with the effort of jamaat, extemely great changes are occuring throughout the world. Hence, let us also give some time in the path of Allah to bring Deen into our lives and into the lives of the whole of mankind till the day of Qiyaamah. 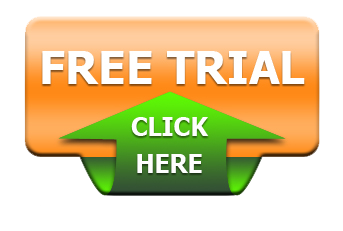 Open chat
1
Powered by
Assalam o alaikum!
How may I help you?